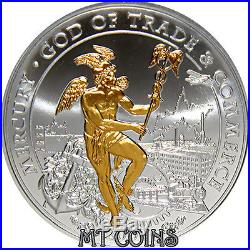 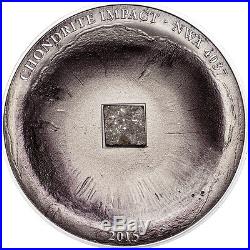 2015 CHONDRITE METEORITE METEOR Silver Coin 5$ Cook Islands RARE2015 entry in the original and successful CIT series of Meteorite coins. Coin displays the Chondrite Impact Meteorite and actually has an original piece of the meteorite embedded in the coin with unique concave coin design. NWA 4037 identifies several meteorites which were found in 2005 in Northwest Africa, more precisely in Morocco. The number in the description is given chronologically and is noted behind the abbreviation of the place they were found. The findings in Morocco stem from multiple falls. The meteorite shattered into several parts through the force created