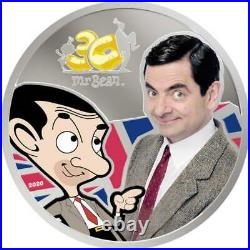 MR. BEAN 30th. Anniversary 1 oz Silver Proof Coin Cook Islands 2020This anniversary coin celebrates Mr. Bean, the world’s biggest idiot celebrates his 30th birthday with a rare CIT licence coin. One of the best comedic actors of the last 40 years, Rowan Atkinson has brought many weird and hilarious characters to life in his long career, none more so than the brilliant Edmund Blackadder. However, it was his turn as the bumbling master of chaos and confusion, Mr Bean, that rocketed him to international superstardom. It remains as popular today as on its debut on the first day of 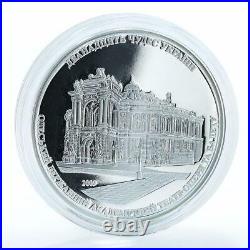