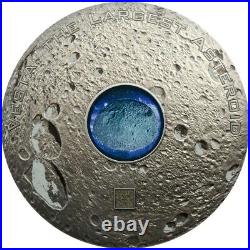 2018 $20 VESTA THE LARGEST ASTEROID Hed EUCRITE Meteorite 3 Oz Silver CoinTHIS COIN HAVE EUCRITE NWA 6309 METEORITE ROCK. VESTA minor-planet designation 4 Vesta, is one of the largest objects in the asteroid belt, with a mean diameter of 525 kilometres (326 mi). It was discovered by the German astronomer Heinrich Wilhelm Olbers on 29 March 1807 and is named after Vesta, the virgin goddess of home and hearth from Roman mythology. Vesta is the second-most-massive and second-largest body in the asteroid belt after the dwarf planet Ceres, and it contributes an estimated 9% of the mass of the 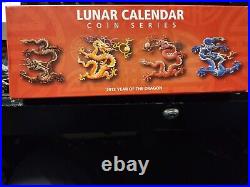