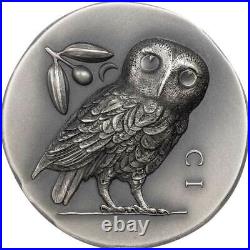 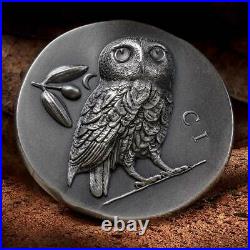 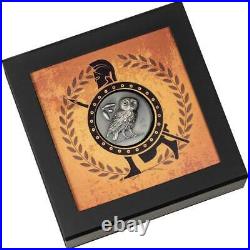 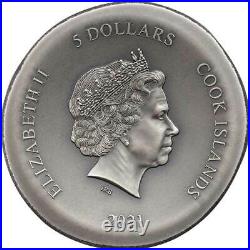 The Athenian Owl tetradrachm, renamed after the Greek goddess of wisdom, is arguably the most popular and recognized ancient coin. It represented about a week’s pay for ancient Greek soldiers. It is said that President Teddy Roosevelt carried an Athenian Owl as a lucky piece. The owl was associated with Athena very early on in archaic artworks and often depicted perching on her hand. Because of its strong connection with the goddess, the owl evolved into the Athenians’ own icon and graced a large variety of coins such as the tetradrachm from as early as the 5th century BC. Since owls were believed to be foreseeing future events they became a representation of wisdom and intelligence. On the other hand, due to their nocturnal existence, these animals were equally linked to the occult and the Otherworld. Their mysterious habits, silent flight and haunting calls have earned them the reputation of superstitious and fearsome beasts in many parts of the world. This ravishing masterpiece is kept in an antique look and impresses with its astonishing ultra high relief. A fascinating contribution to the history of coins. Depicts the Ian Rank Broadley effigy of Queen Elizabeth II surrounded by the inscribed issue details. Packaged in a box. A certificate of authenticity is enclosed. 31.1 grams (1 oz). High Relief Smartminting, antiqued. This item is in the category “Coins\Coins\World\Oceania/Australasia”. The seller is “minted-uk” and is located in this country: GB. This item can be shipped worldwide.