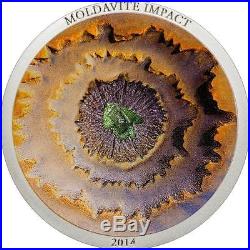 Cook Islands 2014 5$ METEORITE MOLDAVITE IMPACT 1 Oz Silver Coin Real MeteoriteMoldavite, a natural bottle-green glass, originated from a high-pressure modification of quartz, which was caused by the impact of a meteorite in Bavaria 15 million years ago. Upon hitting the earth the meteorite, which had a diameter of 1500 m, had reached a speed of 70000 km/h, through which the discovery site, also known as grit-fields, is spread over a radius of 400 km. Moldavite is named after one of the most. Significant locations where it is found near the Moldava River in the territory of todays Czech 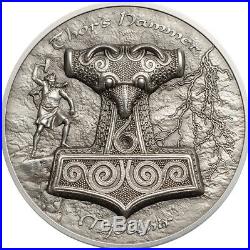